If you are looking for the plushest, most skin-friendly towels for your bathroom, then Christy towels are what you want. And you could save up to 50% in our Christy towel sale. 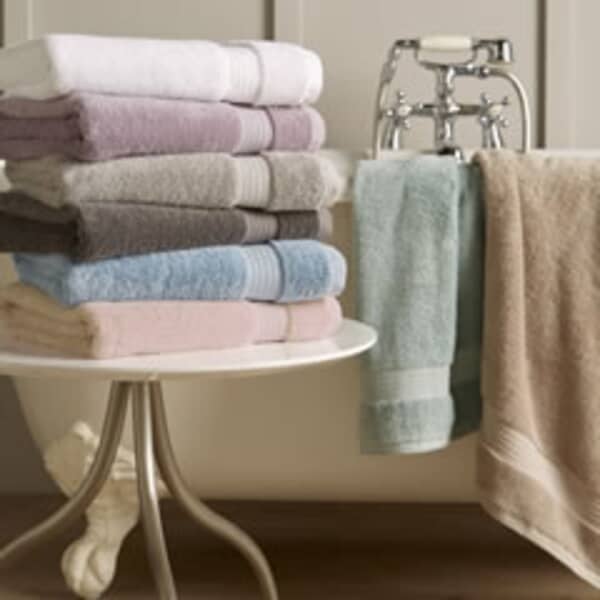 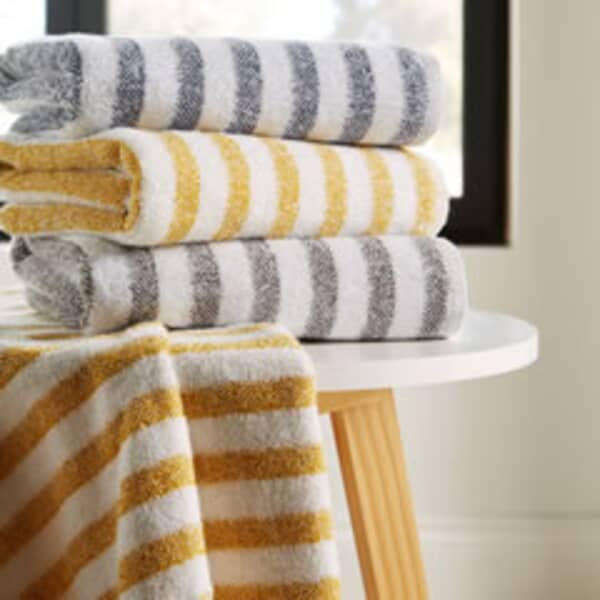 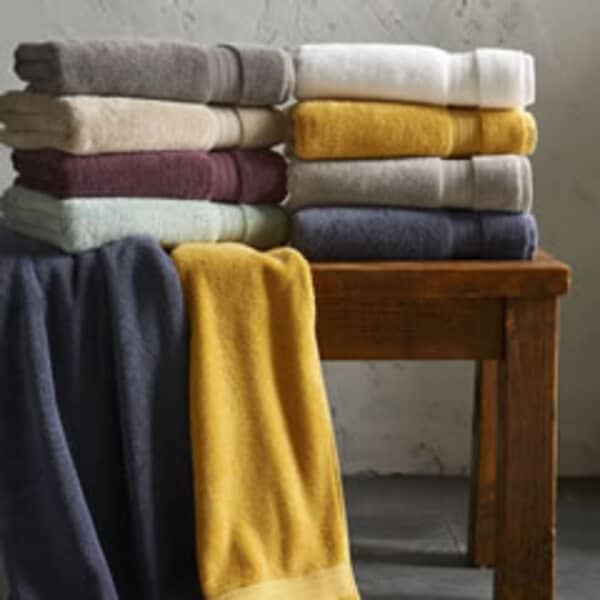 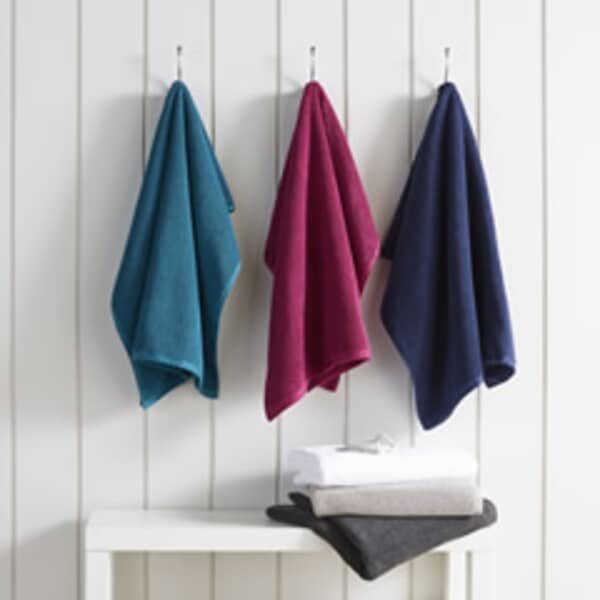 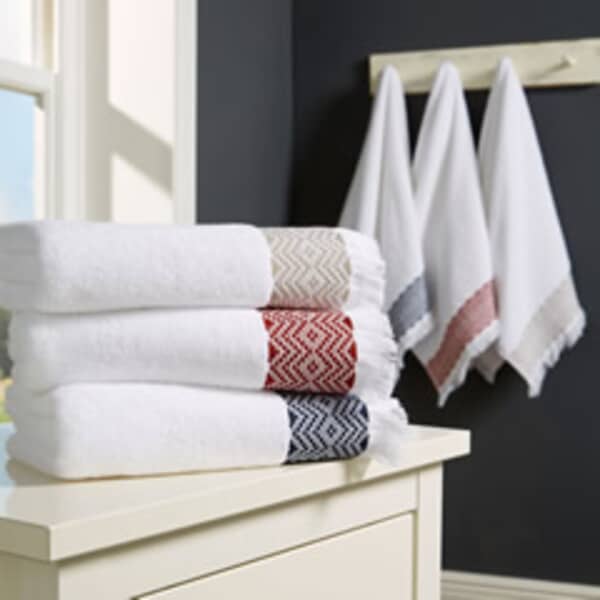 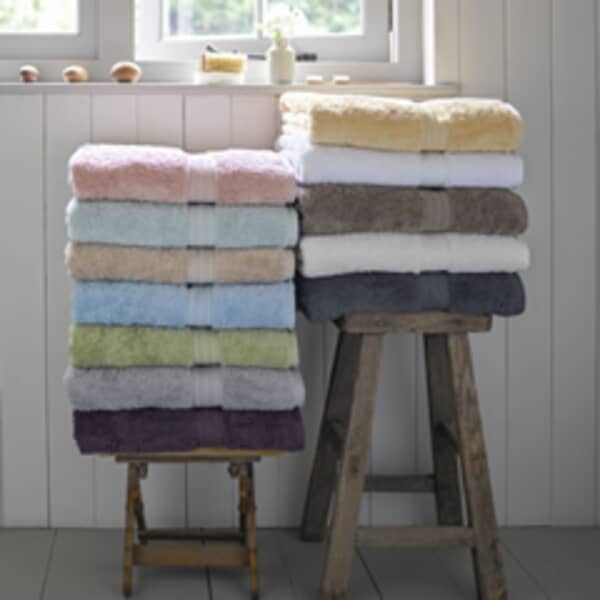 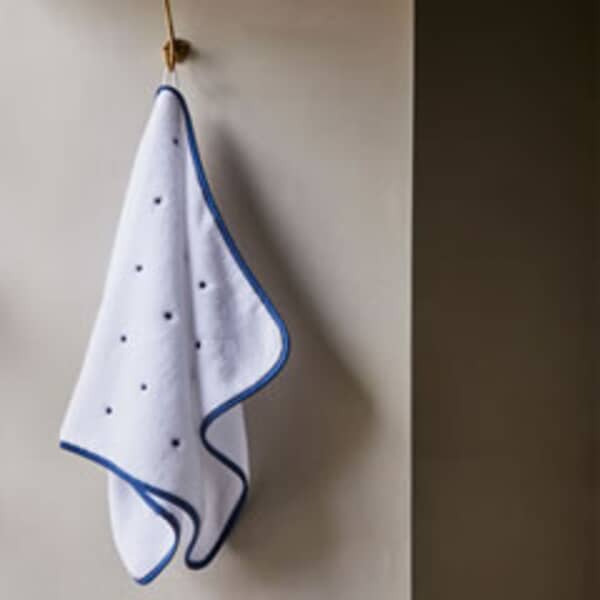 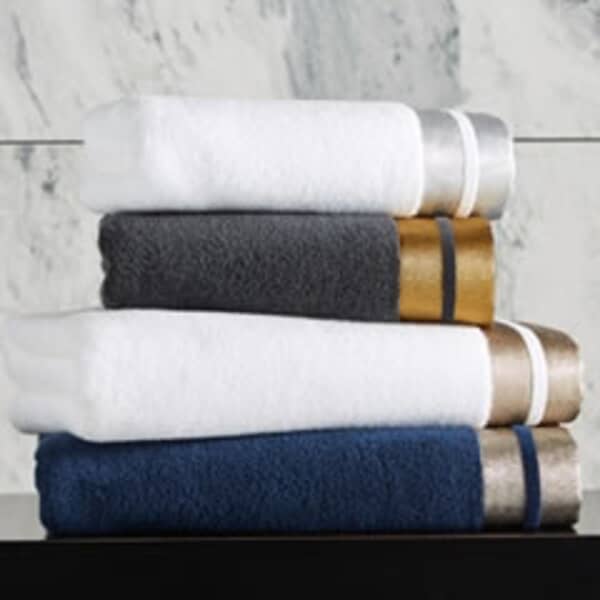 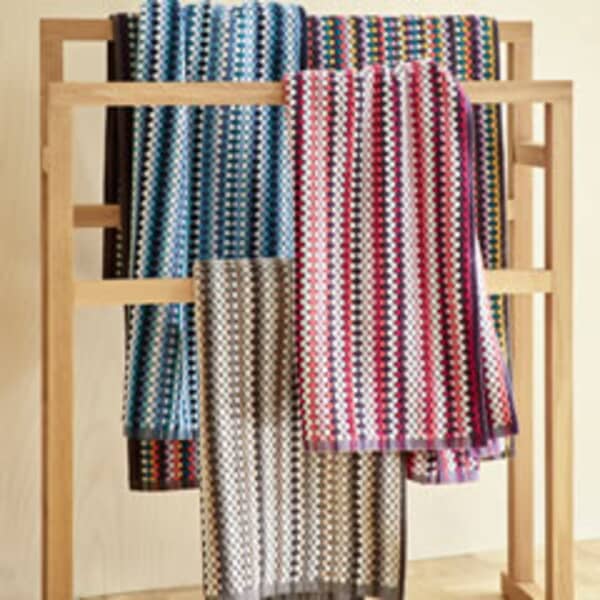 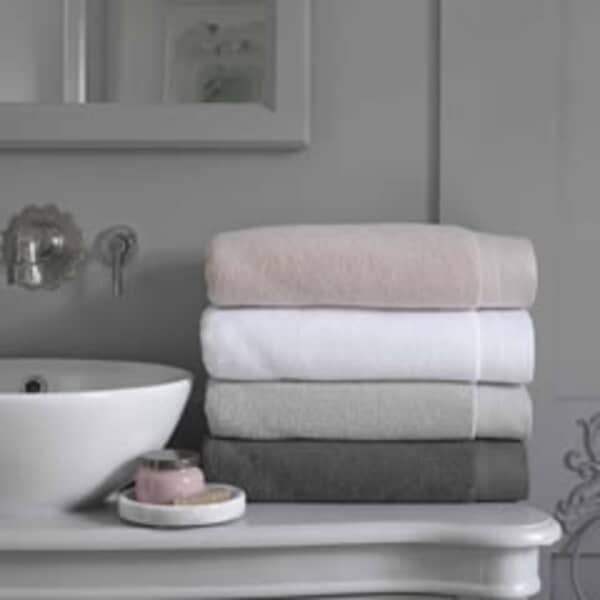 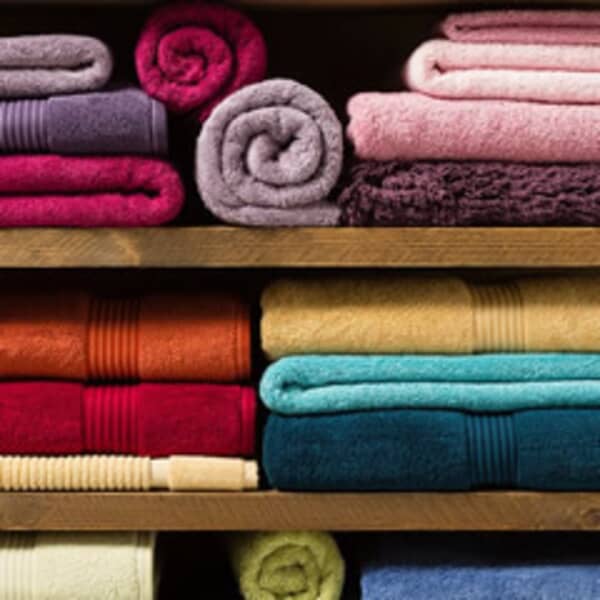 Christy's story is really rather remarkable. Today, Christy are regarded as one of the leading British homeware brands, but this wouldn't be the case should Henry Christy have not returned to England from his travels with a sample of looped pile fabric, something completely new to the Western world at the time. Christy and his brother, Robert, analysed the fabric and created a manufacturing method to reproduce it. That fabric was towelling.

For over 25 years, Christy have proudly supplied the instantly recognizable purple and green towels for one of Britain's top sporting events, bringing the very finest luxury cotton towels to the elite players at Wimbledon.

Browse our full range of Christy towels below, and spend Ł50 or more to qualify for free UK delivery on your order.

The Christy range today includes face cloths, hand towels, bath towels, bath sheets, bath mats and beach towels in a variety of colours and fabrics, including Turkish cotton and patent-pending hygrocotton, a material which traps air so that after every wash, towels get plusher and fluffier. Towels are also available in a variety of designs, including Spot and Stripe, Leaf and Secret Garden patterns to add a little fun to your bathroom, or you can keep things simple with Christy's plain towels made from the finest cotton.

Unlike many other towel ranges all Christy's towels are no less than 500gsm (grams per square metre) and with a high quality towel ranging between 500-700 GSM, Christy towels guarantee a superior, soft to the touch and absorbent towel throughout their range.

Christy is a British manufacturer of linen and is widely recognised as being the company that invented the first industrially produced looped cotton towel. The company produces towels and linen for a host of other manufacturers and companies including Agent Provocateur and even for the Wimbledon tennis tournament.

Consumers can choose from a wide variety of towels, including different sizes and a host of colours and designs. No matter the style or size, though, you can be assured that you are buying extremely thick and high quality towels with every single one having a minimum rating of 500gsm, which provides the best possible drying and comfort levels for the user.

We use towels for a host of different purposes. Bath towels wrap around the entire body and are used to dry off after we get out of the bath or shower. Hand towels are typically placed next to the sink to dry our hands after washing, while beach towels are the largest towel option, providing you somewhere to lie down while on the sand, as well as a means of quickly drying your entire body and hair as soon as you get out of the sea or the pool.

You can also buy sets that ensure you have a full collection of towels using the same design, without having to buy items individually. Buying sets offers you cost savings when compared to buying every towel individually, and it also means that you won't be left shopping around and struggling to find that one towel to make up the full set.

You could be forgiven for thinking that one towel is just like another. There is a big difference in different types of towel. Some towels dry well at first, but they quickly degrade and leave a harsh towel that does not remove moisture from the body effectively. If you buy coloured towels, then a poor-quality towel can quickly discolour, looking tired and worn just a few months after you have bought them.

When buying a towel, you should always check the size of the towel, the material that was used to make it, and the quality of the towel itself. This will help ensure that you buy a towel, or towel set, that will last longer than a few months, that will continue to look great even after extensive use, and that you are happy offering to guests as well as using yourself.

If you know the benefits of a good quality towel, then Christy towels are perfect for you. Christy was established in 1850 in Droylsden, Lancashire. Henry Christy returned from his travels to Istanbul with what we have now come to know as terry towelling. This product was initially called a Turkish towel, and Christy's company found a way of weaving looped pile fabric on an industrial scale.

The machine that was used for this purpose was designed by one of Christy's employees, Samuel Holt, who patented the idea. The first towel factory was opened in 1850 and the first towels were displayed at the Great Exhibition a year later. Queen Victoria was an early customer and the company enjoys a long list of high profile names to this day.

Christy supplies the towels for the Wimbledon tennis tournament. They have reported, in the past, that only around a third of the towels are returned to them because players throw them into the crowd after a match, and they are kept as souvenirs.

The company relocated its headquarters from Lancashire to Hyde in Greater Manchester in the 1980s and the textiles section of the company was subject to a management buyout in 2000. You can still buy luxurious and long-lasting, hard-wearing Christy towels today, and at Just Linen we have a large selection for you to choose from. Browse our products here, and if you place an order over Ł50 we will deliver your towels completely free of charge to your UK home. Alternatively, you can call us with any questions or visit us at Dawson's Department Store where you will be able to see our full collection of linen and homeware.

Face Towel - The face towel, or flannel, is the smallest of towels. It typically measures 30cm by 30cm and is actually designed for washing the face. However, as well as being used wet in order to wash the face, the flannel can be used dry in order to remove moisture and liquid quickly and easily.

Guest Towel - The guest towel is slightly smaller than a hand towel, measuring 40cm x 65cm. It is used in guest bathrooms or given to guests, as a replacement for the hand towel. They are smaller and easier to store until you have guests, and they usually make up a set.

Hand Towel - Hand towels are small towels that measure 50cm x 90cm and are left hanging in the bathroom. They are used to dry hands after washing. This size of towel is also commonly used when visiting the gym or going swimming, because it is big enough to dry you off without being so large that it is impractical to carry.

Bath Towel - The bath towel measures 70cm x 125cm and is used for everyday drying. It wraps around the body and it is the towel that most people use most frequently, after bathing or showering.

Bath Sheet - The bath sheet is a larger alternative to the bath towel. It is 100cm x 150cm and the extra size gives an even greater feel of comfort and luxury. It is perfect if you like to lounge around after getting out of the shower or bath because it can wrap completely around the body.

Beach Towel - The beach towel is the biggest of all towels at 85cm x 160cm. It is long enough that most people can lie on the towel and stretches from the top of the head to the bottom of the feet without leaving any gaps and without sand getting on the body. Although beach towels are designed for use on the beach or by the pool, they are also sometimes used as a large bath sheets at home.

GSM stands for grams per square metre and is the most common display of the rating of a towel. The higher the GSM rating, the softer and more comfortable the towel, although there does come a point when an increased rating makes little difference.

Some people prefer a lower GSM rating. They tend to be lighter weight, because there are fewer fibres in the same amount of space, so do check the rating of the towel before you buy, and remember that other factors also effect the quality and comfort of a towel. Poor quality stitching or lower quality material can lead to a towel being itchy or hard, and even the way that you care for a towel can make a big difference. Christy towels have a minimum GSM rating of 500 and are widely regarded as being very high quality towels that are ideal for use in any setting.

Christy towels are highly sought after. They are comfortable and luxurious with a high GSM rating, and Christy has business relationships with several other manufacturers including Agent Provocateur and even Wimbledon. They have been manufacturing towels for nearly 200 years in the UK, and they offer a great selection of designs and styles, as well as sizes and types of towel to meet any and every need.

At Just Linen, we have a large selection of towels from major manufacturers including Christy towels. Choose the size you want, opt for a set if you want matching towels for the whole house, and benefit from our competitive prices and excellent customer service. Don't forget, if you spend more than Ł50 on your order, we will deliver it free of charge to your UK address.